Round 12 and 13 of chemo are behind us. 5 rounds left to go for Jacob, all of them methotrexate. Jacobs chemo protocol, well known as one of the hardest and most damaging protocols in childhood cancer, contained 3 different chemo agents. 2 of them are finished with, Cisplatin and Doxorubicin, and he will never be able to use these chemotherapies again, even if there is a relapse because they are so damaging and toxic on the body. 95% of kids that go through the osteosarcoma protocol end up with other health problems – hearing loss, cardiac or renal complications, infertility and secondary cancers caused by the toxicity of the chemos used. We have a love/hate relationship with chemo. It has kept Jacob alive, yet is so harmful to him at the same time. 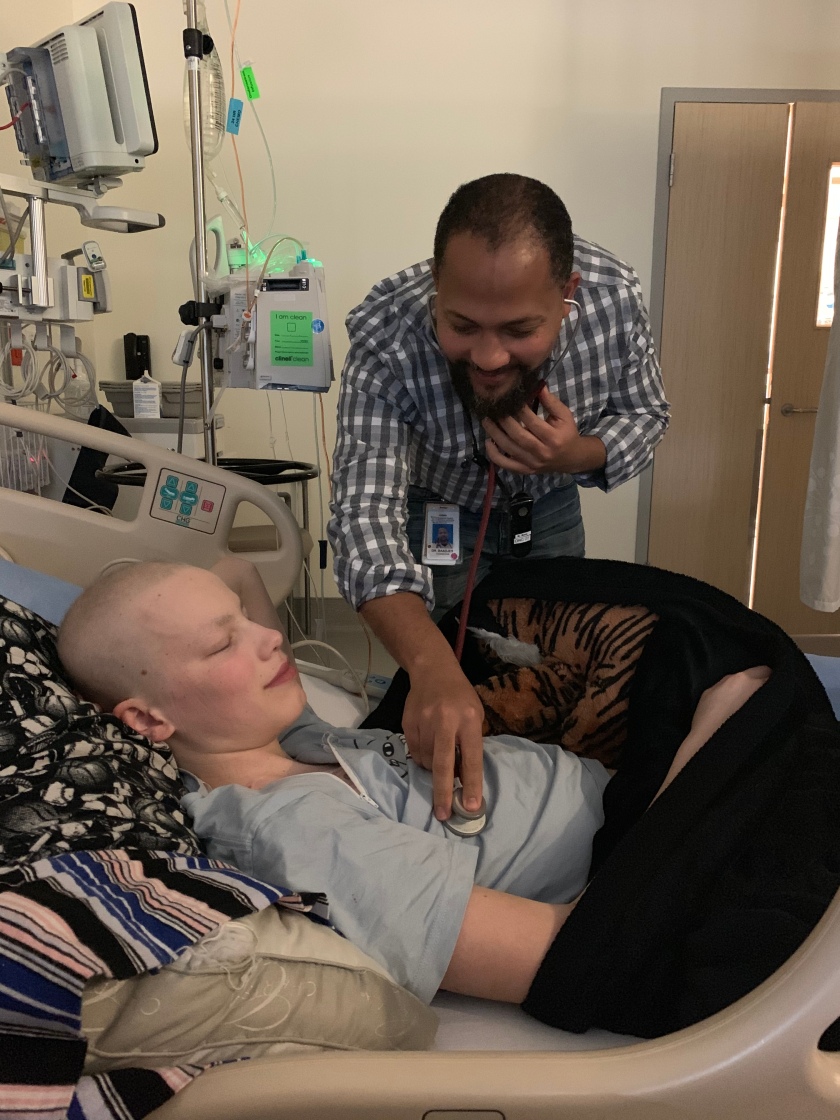 We heard news yesterday that another boy we know with osteosarcoma who had a leg amputation a couple weeks after Jacobs amputation, has been diagnosed as terminal. The chemo is having no effect for him and the cancer was spreading during his treatment. More tough news, more to process, and hits home hard with the reality of how aggressive osteosarcoma is and how difficult it is to treat.

A couple of weeks ago I took Jacob to see the vascular surgeon at VGH. Everything is looking great – his artery has very good flow, but the vein is a little bit sluggish yet, so Jacob was moved from twice a day blood thinner injections down to once a day. We are very thankful for the progress in his healing. While in the surgeons office, another surgeon came to meet Jacob, and they started looking though photos on his cell that were taken during Jacobs amputation. I made a split second decision to ask if I could see them, which I did….and though I’m not sure if I regret that decision yet, and though I don’t think it was fair of the surgeon to pull out the pictures of Jacobs surgery right in front of me so casually, what’s done is done. The photos were horrific. I had to reprocess the entire day of his amputation all over again. It was a huge reminder of how much of a beast osteosarcoma is and how devastating and radical the treatment for it is. It broke me inside seeing Jacob broken physically. It also made me appreciate how well Jacob looks now, and that he made it through the surgery. It made me want to give Jacobs surgeon another hug, and tell him again how thankful I am for his work and skill and care for Jacob. 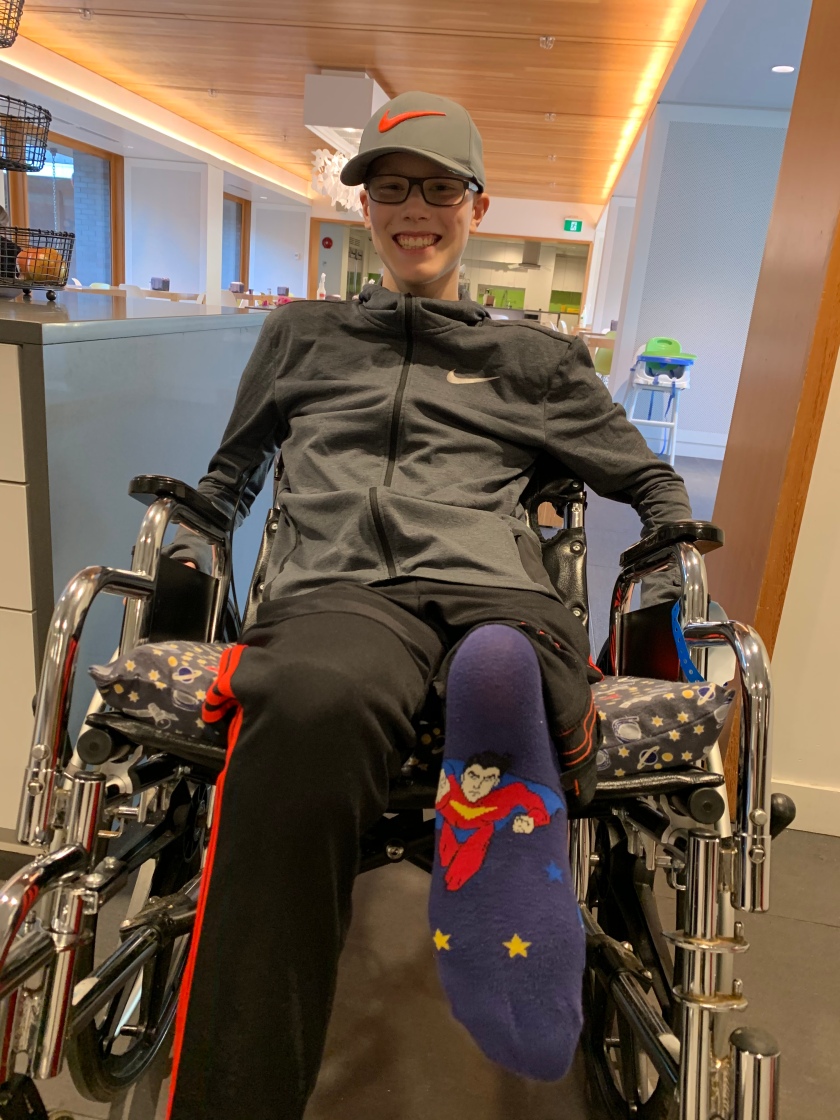 A couple days ago, Jacob went to meet the prosthetist. This is a very exciting step to take, the first step to taking his first steps in his prosthetic leg. The folks at Barber Prosthetics were so friendly and welcoming. They took time to explain the process in as much detail as they could, showed us around the lab and explained how his prosthetic will be made. We hope to have time next week to get a mold done of Jacobs foot, and officially begin the start of his new leg!

Next week we head to Vancouver on Wednesday for physio, clinic, lab work, X-rays and an appointment at UBC. If his counts are high enough, chemo will being on Valentine’s Day. If they are not high enough, we will do another physio session and get the mold done of Jacobs foot, and head back home Thursday evening until bloodwork shows his counts have recovered enough to to begin round 14. 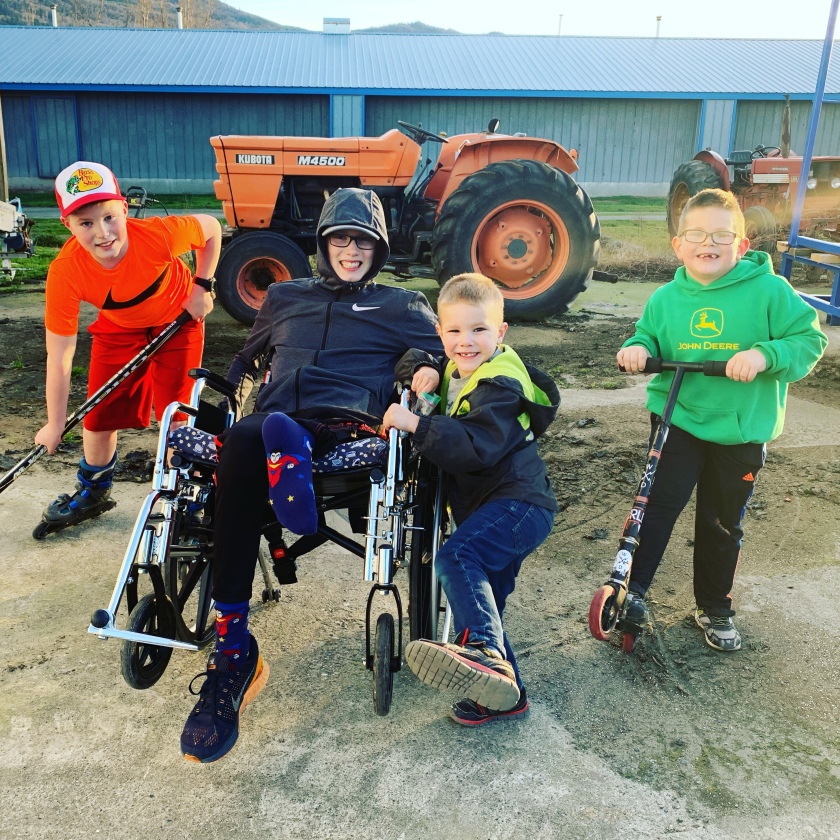 During the wind storm last night I was chatting with one of the boys who was a bit scared – reminding him that he was safe in the house, that the house is built well with a firm foundation just for these types of things. This is how we feel regarding Jacob. Though the winds hammer and cause damage, we remain safe and secure in Christ, our Firm Foundation. Though there is fear and uncertainty, we continue to trust in His unfailing love, and we will not be shaken.

7 thoughts on “Osteosarcoma is a beast”