I’ve said before in the blog that time is a funny thing. It drags on at the same time as it quickly slips past. Jacobs leg amputation was 6 months ago now. It feels like forever ago, and yet seems as if it was only yesterday. Reflecting on the surgery day and the weeks that followed brings a lot of pain. Recalling the fear and anguish in the moments before Jacob was taken into surgery rips at my heart. Remembering the endless 9 hours that Jacob was in the OR, sitting in the waiting room, wanting so desperately to hear any update, needing to know he made it through, while trying to also distract ourselves from what was actually taking place on that surgery table to our sweet boy. I ache deeply when I think of what cancer has taken from Jacob. The photos of his amputation will be forever etched in my brain, reminding me how vicious and destructive osteosarcoma is. 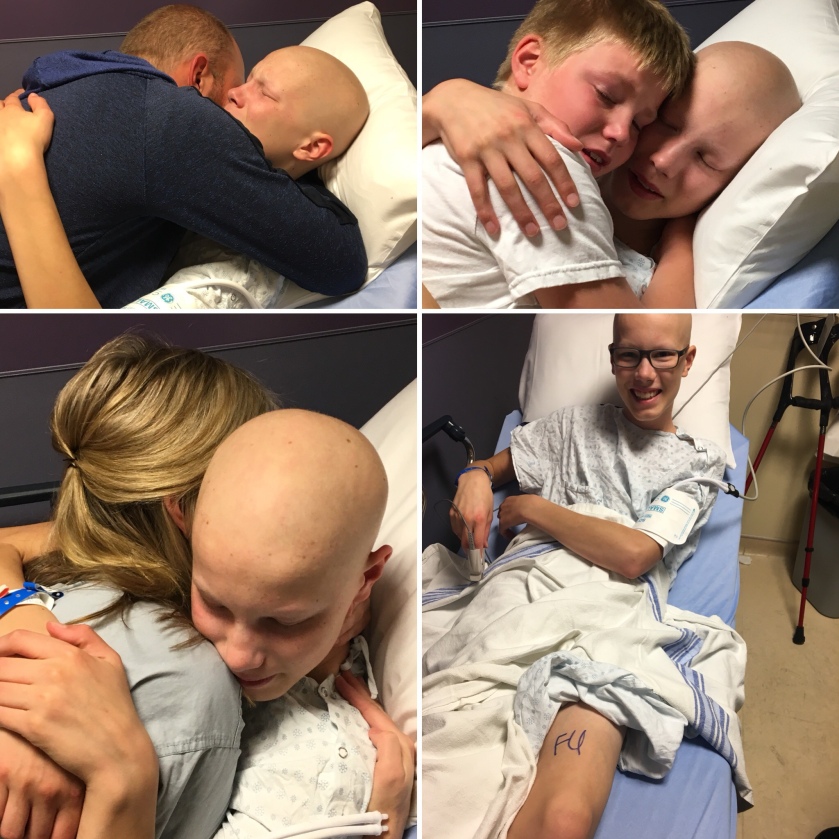 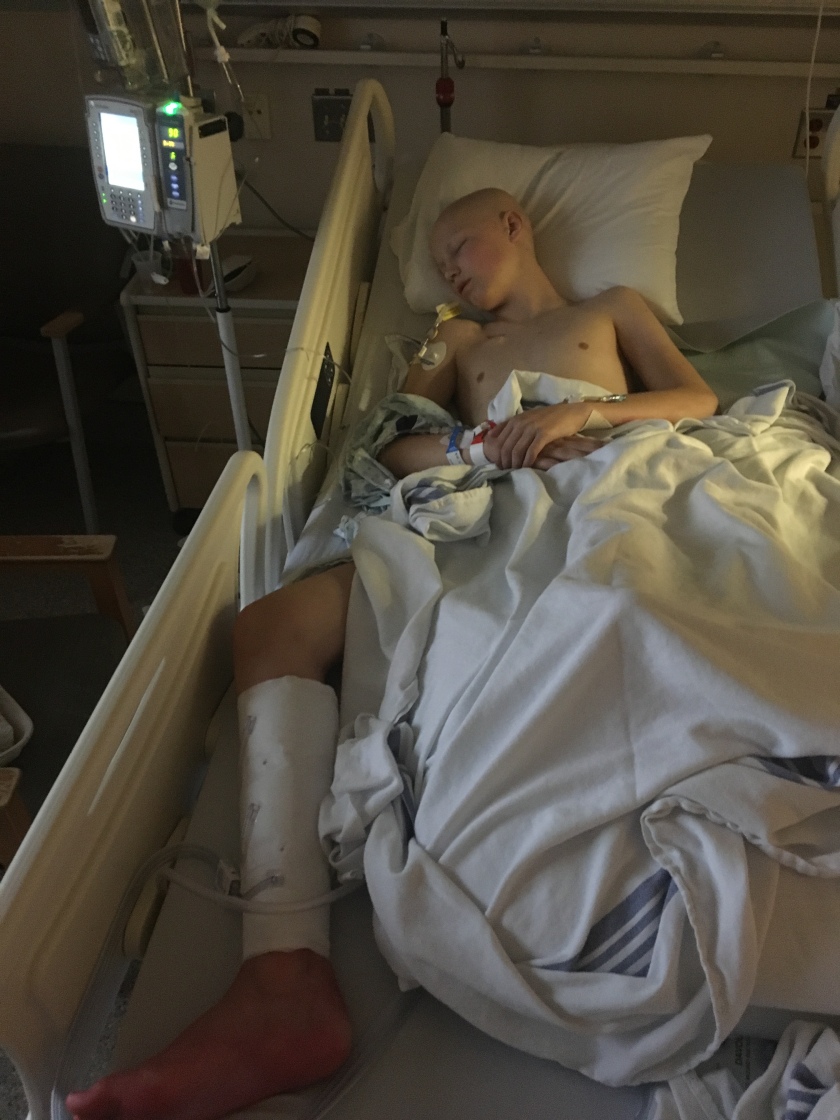 But, there’s also much happiness and much to be thankful for. Jacob has come so far. Endured so much. And has done so with a remarkable amount of courage and faith. We are thankful every single day that he is alive. We see clearly Gods hand in all of this. For Jacob, our family, but also for others around us.

We were told Jacobs wounds would likely not heal until chemo was done. We were told that the bones would not graft until chemo was finished. To expect him to be unable to walk on his leg for up to a year bearing full weight. But 6 months post amputation, his wounds are completely healed, and the femur is 80% grafted to the tibia! We received the news that Jacob can already start bearing full weight on the leg. His only limitation will be that for 3 months he will have his knee joints locked, giving him a “peg leg”, but after that he will be allowed to do anything he can set his mind and his body to!

We are currently in the middle of round 17, with one round of chemo remaining before Jacob has fully completed the first line osteosarcoma protocol. While this is exciting, it comes with a mix of emotions which I’ll touch on in another post.

Next week will mark the beginning of the road at GF Strong for rehabilitation. Jacobs prosthetic leg should be fully finished and ready to claim as his own next week as well. The next leg he will get made will be a water leg, to wear in pools and while in the shower. The War Amps, an absolutely incredible foundation, covers the cost of ALL of Jacobs prosthetics. His first prosthetic alone will run around $14-18k, and he will likely only be in this one for about a year before needing another made as he continues to grow. 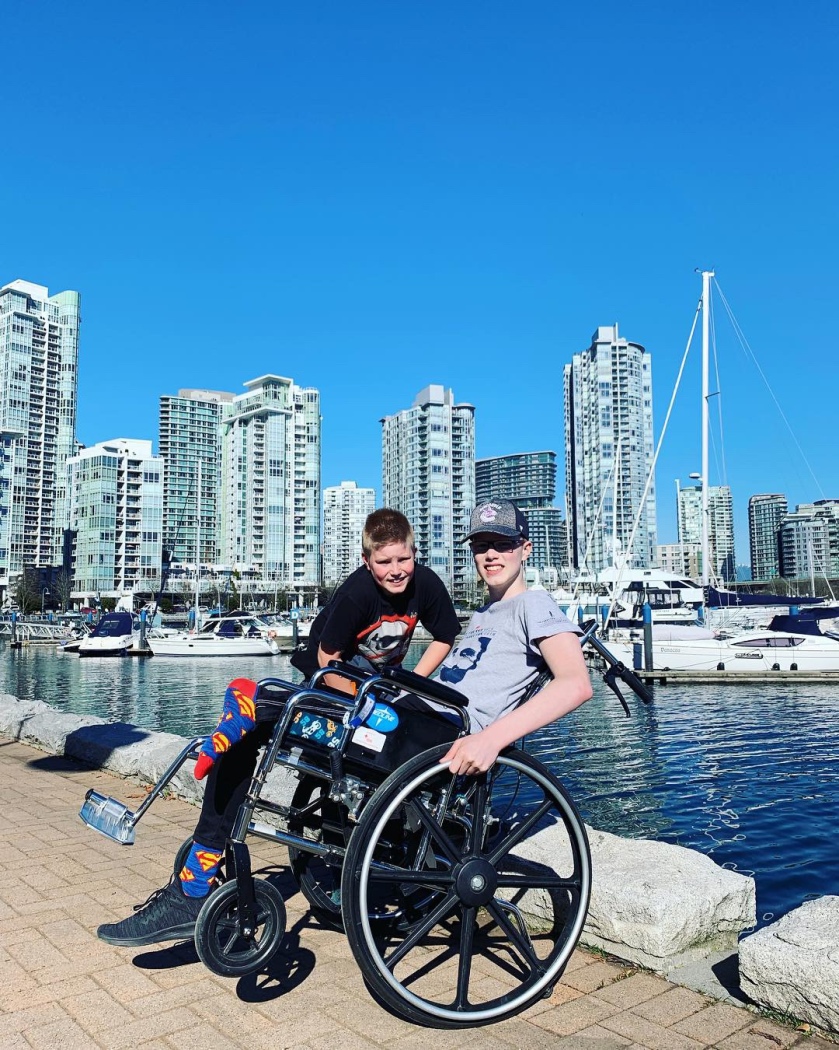 I’ve said it before, and I’ll continue to say it. Thank you, thank you for your love and support and prayers. It is much needed, and much appreciated.

Never Once
Matt Redman
Standing on this mountaintop
Looking just how far we’ve come
Knowing that for every step
You were with us
Kneeling on this battle ground
Seeing just how much You’ve done
Knowing every victory
Was Your power in us
Scars and struggles on the way
But with joy our hearts can say
Never once did we ever walk alone
Carried by Your constant grace
Held within Your perfect peace
Never once, no, we never walked alone.