The last 4 days have been pretty good! Life feels somewhat normal, and everyone is happy to be at home with each other again for a bit.  Jacob has been enjoying his new gaming computer, some time with friends, hanging out with his brothers, and going for walks.  Tuesday we went for a walk, and for most of it Jacob was pulling out his hair. By the time I got home with him he had several large bald patches.  While it was difficult for him, he made the decision then to shave it off. He had a cry over it and then was ready. We didn’t make a big deal of it, and got some offers from friends and family that they would also shave their heads but  decided to just keep this step in the journey as in the background as possible and that it wouldn’t help Jacob mentally for anyone else to shave their heads. At the beginning of all this, Jacob thought losing his hair wouldn’t affect him, but it ended up being considerably harder on him than he thought. Jacob style though, he kept on smiling.  And, just as handsome if I do say so myself!

Thursday we went back to Childrens Hospital for a check up. Jacob’s blood counts look pretty good, and everything is still moving up and no blood transfusions were needed! His counts are high enough to begin the next round of chemo for this cycle. Evan tagged along to keep Jacob company. It’s crucial we include Evan where we can in this. Our family is sort of separated by the “bigs” and the “littles”.  Jacob and Evan do everything together, and Noah and Kaleb have each other.  This has been very hard for Evan to process and see his big brother in the situation he is in. 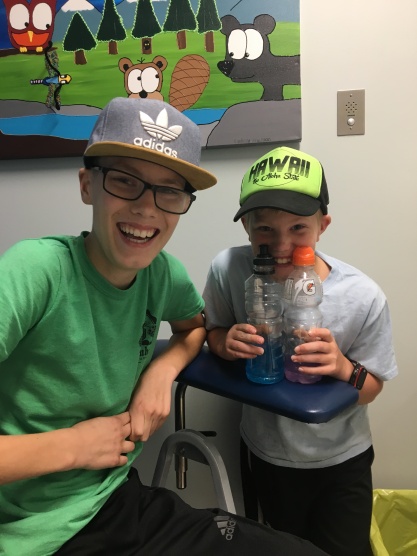 Ray is also having a hard time. Though we both have accepted that our roles right now look very different – Ray continuing to look after the chickens and the hops and juggle the kids around somewhat, and myself the primary caregiver to Jacob inside and outside the hospital – it leaves Ray feeling somewhat helpless.  While he knows he cannot leave the farm and stay with Jacob and I, or keep the younger kids at home, it’s difficult for him to be so removed from it all.  Its difficult for me as well to send the 3 boys to other homes and to not be able to take care of things here like I normally do, but it has to be done. Every little part of our lives is affected by this.  We are thankful for an overall feeling of acceptance, and very little anger. We trust Gods will, even though we really don’t understand it. 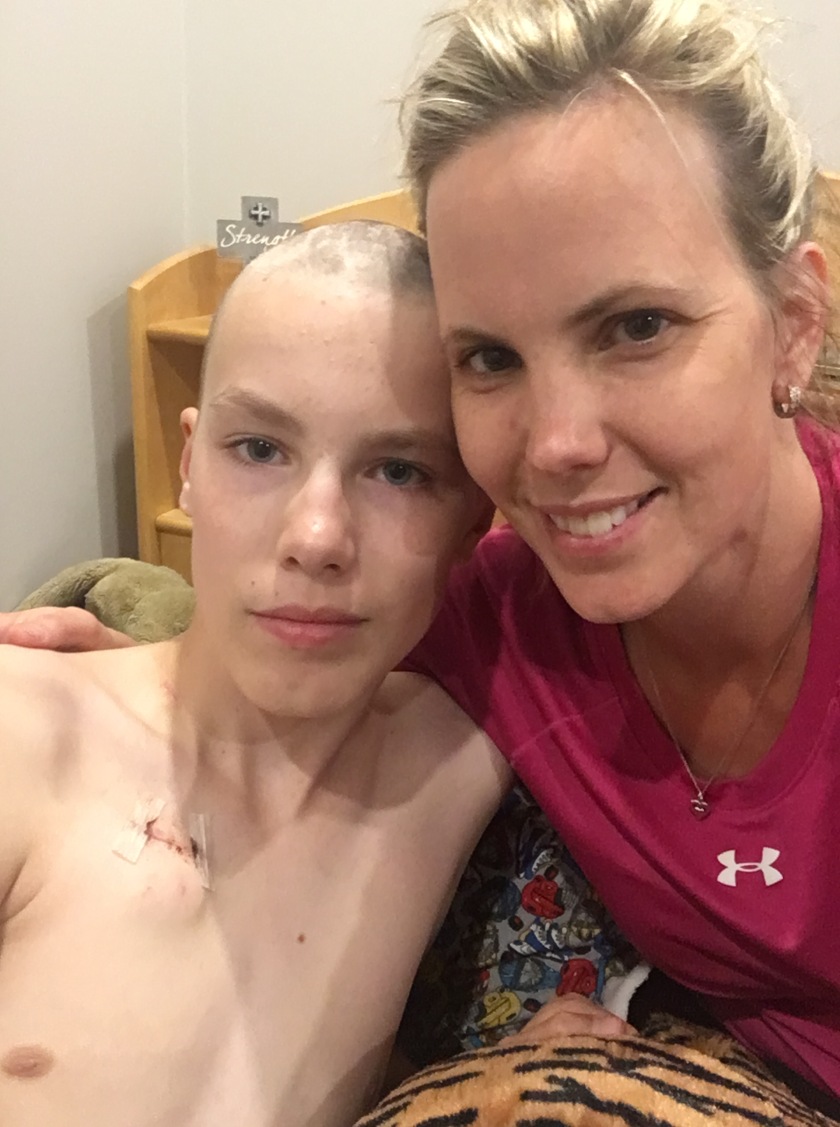 Jesus said “ do not worry about tomorrow, for tomorrow will bring it’s own worries.”  How true that is. Not just for us, but for everyone.  When you are thrown into a trial like this, you think about it much more deeply though.  To look at the tomorrow’s seems unbearable to us so we focus only on the day we are in. Revelations 21:4 tells us that a day is coming without pain or tears. So we continue to lean helplessly into His arms because it’s all we can do. Whatever tomorrow brings, we know He will be there with us.